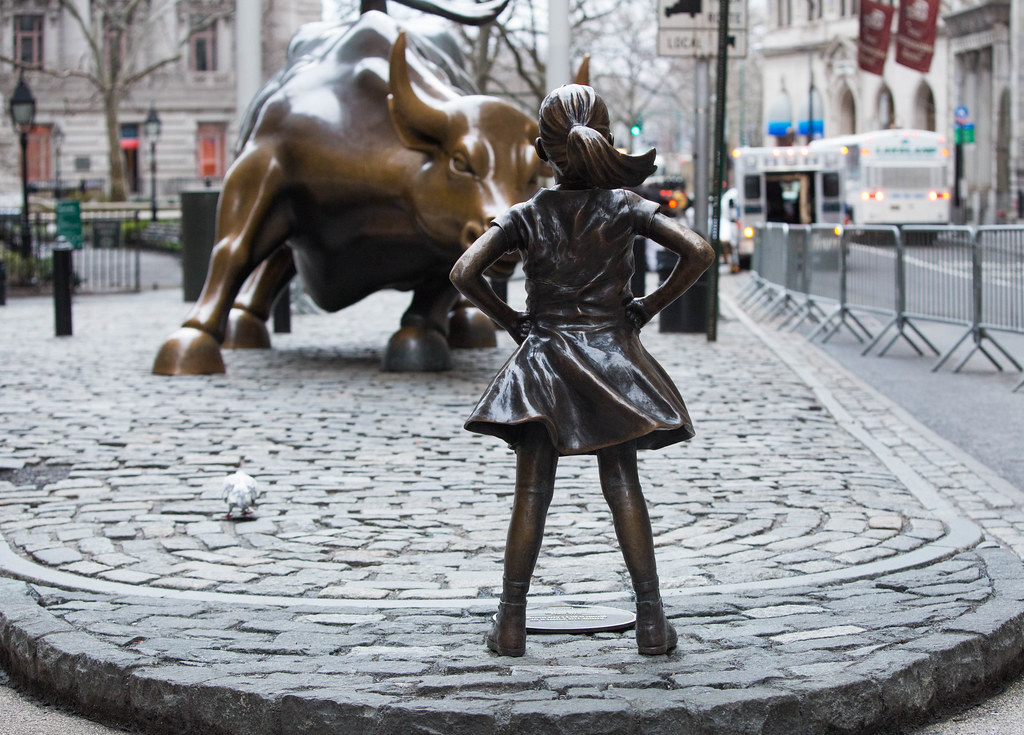 When State Street Global Advisors launched a woman-oriented exchange traded fund and placed the Fearless Girl statue in Lower Manhattan, the financial firm said it wanted to change the way thousands of companies do business. Two years later, is Wall Street a better place for women?

The bull towers 11 feet tall at its shoulder. A staggering 7,100 pounds of shimmering bronze, it stands mid-charge, feet splayed across the sliver of park called Bowling Green at the gateway to New York’s financial district. The statue is the definitive symbol of Wall Street: powerful, masculine and ready to gore the competition. For years, most denizens of the Street hurried past it on their way to the towers of American finance. Then, unexpectedly, on March 8, 2017, a young girl in a sundress, also made of bronze, appeared in front of him. Hands placed on her hips, she seemed to stare him down. Suddenly the bull’s legs seemed to herald not so much a charge into battle as an out of control beast stopped in its tracks.