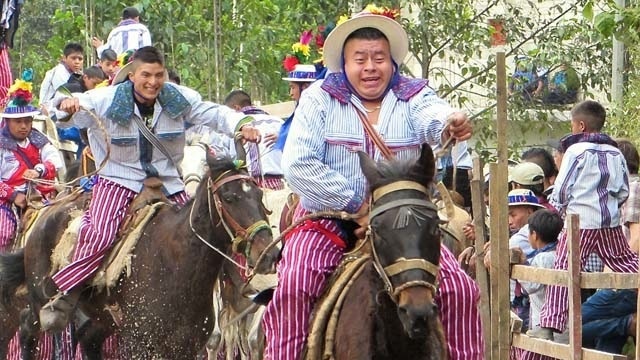 The remote village of Todos Santos Cuchumatanes is a pain in the ass to get to. You have to drive over a road that crawls 12,000 feet up into Guatemala’s Cuchumatanes mountain range, near the Mexican border, along the way passing massive boulders, Guatamalan army vehicles, and vultures slowly dismembering dead animals by the side of the road. The region is isolated enough that the Spanish had a hell of a time conquering the mountain people, and even today you get the sense that they’d rather be left alone—the population of Todos Santos is entirely Mayan, and for most Spanish is a second language after the indigenous Mam dialect. And while many of them are ostensibly Catholic, ancient Mayan religious traditions and beliefs still have a lot of power.